Conversation around improving school rarely excludes the issue of Teacher Quality – the strongest driver of education outcome. Recently, the topic School Leadership and Governance – the second strongest driver – has also sprung up with many programs, such as ISLI in India and Inspirasi in Indonesia, increasingly offering innovative approaches to improve the school principal competency. Meanwhile, School-based Management (SBM) approach ensures both teachers and principal within a school are upskilled simultaneously to create enough momentum for a change in the school ecosystem. Tanoto Foundation through PINTAR Program introduced the SBM concept to 440 partner schools and madrasahs as well as working closely with district governments to disseminate the program to more schools. A year into operation, PINTAR has trained 4100+ teachers, principals, and school supervisors in 14 districts across 5 provinces in Indonesia. Partnership with the government has led the dissemination of PINTAR trainings to 1100+ teachers, principals and school supervisors.

In the spirit of promoting best practices sharing among education actors, Asia Philanthropy Circle, Filantropi Indonesia’s Education Cluster, and Tanoto Foundation hosted 20 representatives from 13 philanthropic organizations to see the implementation of PINTAR Program in Kendal, Central Java from 26-27 February 2019. During the visit, the participants observed teacher training sessions, visited the partner school and madrasah, as well as interacted with local governments and program champions. 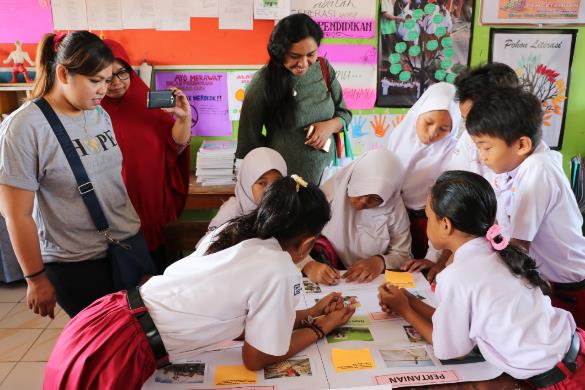 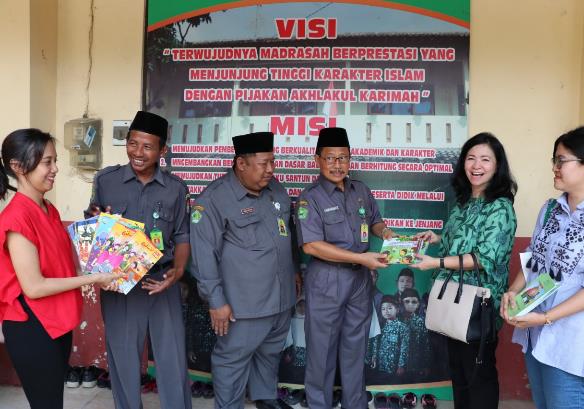 Yayasan Usaha Mulia, Yayasan Del, and CIPS represented all participants to donate copies of storybook to the
Head of District-level Religious Affair Office and the Principal of MINU 53 Turunrejo, Kendal.

The participants found that the active involvement and strong ownership from the District-level Education Offices are the keys to the success of PINTAR Program. The sustainability is well-thought through in the program strategy: PINTAR engages the highly-driven local champions in every single process from planning to execution to scaling. Through their interaction with school and district stakeholders, the participants understood how the program works with government since day 1. They also learned that the local teachers are empowered to be the front liners of the program. 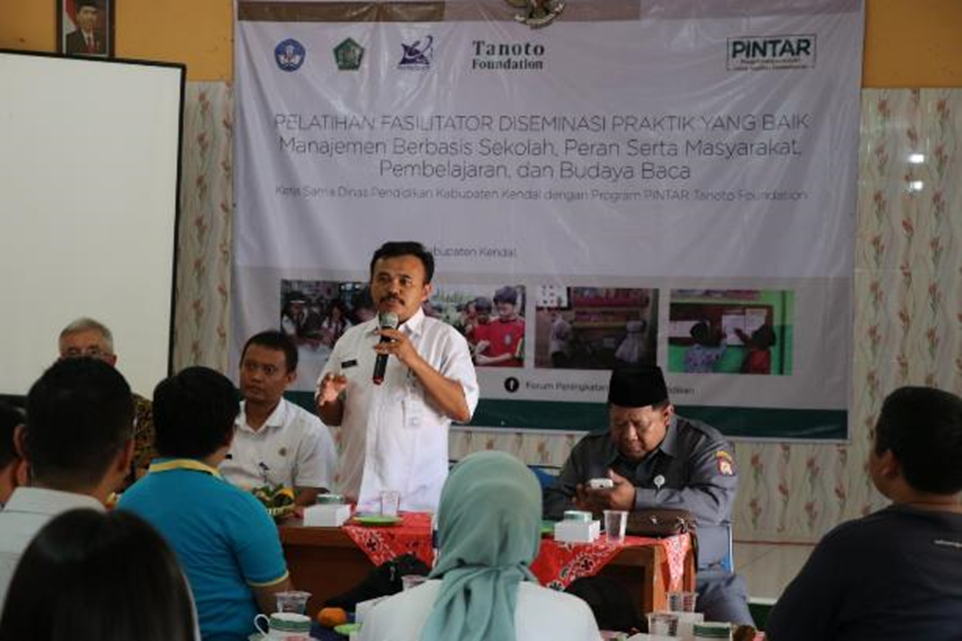 The participants were curious about how the program ensures its trainings lead to desirable outcome at school and student level. First, the program includes post-training follow up mentoring to help teachers and principals translate the gained knowledge into applied skill. Second, PINTAR itself is a multi-year program that allows enough time for partner school to be familiar with and fully embrace the student-centric approach. Third, community of practice was established online (through Facebook) and offline (through teacher working group) to promote peer learning.

At end of the visit, we managed to identify a few potential areas of collaboration. Participating organizations were interested to adopt PINTAR training modules, organize idea-exchange session for the facilitators of different teacher training programs in Indonesia, and offer their expertise advices and resources to further strengthen the program. We also hoped that the high level of interaction among the participants during the 2-day event could encourage connection and trust. One step closer to building strong partnership! 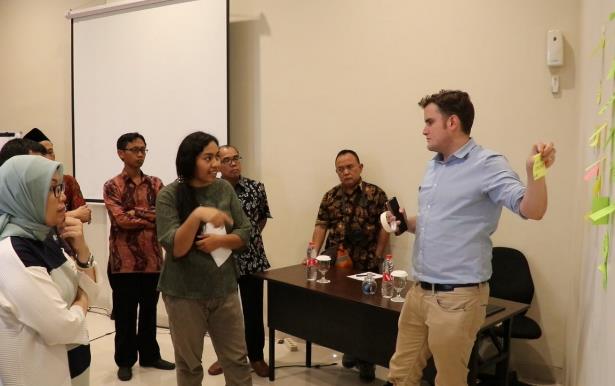 In this feedback session, participants reflected on what they observed, ways to improve PINTAR and their own programs, as well as areas of collaboration.